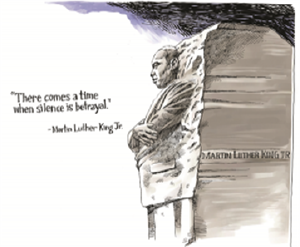 During the next few weeks, you will be hearing a lot about Biden’s Build Back Better (BBB) Bill.  This piece of legislation will move the country closer to a socialistic authoritarian government.  The BBB plan is 2,435 in length, making it almost impossible for the average American to gain the impactful knowledge this bill will have on you and your families.

Congressman Jim Banks, U.S. House Representative from the great state of Indiana has issued a “cliff notes” version of what he and his staff consider to be of his greatest concerns and most damaging to our Country.  Congressman Banks’ abbreviated list contains 35 new policies that could potentially cost what Biden routinely describes as “free” or “zero cost”, as high as $4 trillion. We have carefully reviewed Congressman Banks’ list and have provided the ten initiatives we consider to be the worst of the worse.

As you review the following, please ask yourself how does this initiative help build back America Better? How does this impact the freedoms I enjoy today? What will be the impact on me and my family?

Congressman Banks summed this BBB proposal much better than we could have. “Each of the 35 bullets is enough to vote against the bill. Taken together—it’s mind-blowingly corrupt. We need to loudly oppose it,”

“It’s not an understatement to say this bill, if passed, will fundamentally change our country forever—Americans will wake up in a few years and wonder what happened to their freedom”.

The Time to Act Is NOW

I am going to be inappropriately direct with you.  What concerns us the most is that many conservatives are sitting on the sidelines waiting to see what happens next.  Only 28% of Republicans eligible to vote in the Wilmington Municipal Election, exercised this right. It is time for all Americans to become “woke” to the idea that the Democrats are quickly moving to completing their plan to install an enduring socialistic government in America.

We can longer merely play the roll of spectator.  We must all become a part of the movement that will prevent the BBB legislation from becoming law.  This is not a scare tactic.  This is our new reality. We invite you to read the BBB and draw your own conclusions.

We must all reach out to members of Congress and voice our strong objection to this legislation. We have said this many times, we will draft the letters, email, texts for you.  All you must do is send.

In addition, you can assist us by visiting our website at newhanovergop.org.  Volunteer to join our team and if able, please contribute.  Thanks in advance.