Is America Marching Toward A Recession? 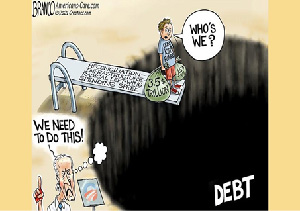 It becomes increasingly obvious every day that members of the Biden Administration and the liberal left members of both the House and the Senate have little knowledge of economic theory.  Even more disturbing is they are ignoring the reports of left-leaning financial analysts like Goldman Sachs, Morgan Stanley, and Forbes.  Many of the financial institutions as well as a respected economist have identified economic indicators that the United States is headed toward a recession.  One of the key drivers is due to the reckless spending and accrued debt being generated by the liberal left.  We want to apologize for this economics lesson.  However, it is critically important to understand the problem if you want to become a part of the solution.

Why should you be concerned about another recession in America?  And, exactly what is a recession, and how does it impact me?  The definitions for the financial and economic terms are provided by “Forbes Advisor”.

What Causes a Recession?

When Press Secretary Jen Psaki was asked about the unusually high inflationary rate, she replied inflation was good for the economy, people have money and are spending.  What she failed to say was, yes small incremental inflation is a good indicator of a healthy economy, but out-of-control inflation is a warning sign that should alarm all Americans.

As we have previously indicated, dumping trillions of dollars into the economy is going to further fuel the runaway inflation.  The supply chain failure of the Biden administration alone is going to negatively impact inflationary rates.

One final thought.  By now many of you have read or heard that China recently launched two hypersonic intercontinental ballistic missiles (ICBM’s).  For those of you who might know what this means, this ICBM is extremely fast, able to reach the U.S. in less than 30 seconds.  It also flies a zig-zag avoidance pattern, making it currently almost impossible to intercept.  These tests caught the Biden administration completely by surprise, specifically the intelligence community and our missile defense systems. When informed of these missiles launch tests, the Biden administration simply replied, “We welcome the competition.”

One of the overarching conservative ideologies is to ensure a strong, robust and capable national defense.  One that would assure all citizens that their government was making national defense a top priority.  Our country does not have the financial freedom to spend and spend on social programs, driving up the debt, creating large government, and prioritizing spending towards socialism while ignoring our national defense shortfalls.

Will You Join the Team?

We continue to ask all Americans to wake up to the reality that our country is clearly headed to a socialistic society, incapable of defending ourselves against military powers like Russia and China.  WE NEED EVERY ONE OF OUR READERS TO SIMPLY THINK ABOUT THE INFORMATION WE ARE PROVIDING AND ASK YOURSELF DO YOU WANT TO BE A PART OF THE TEAM THAT WILL SAVE AMERICA?

This is what you can do now, today.

We also want to invite you to attend the next NHC GOP County Meeting.  The meeting will be held on October 28th, starting at 6:30 PM is a meet and greet, the meeting starts at 7:00 PM.  The location is the Spring Hill Baptist Church Reception Hall, 801 N. College Road, Wilmington 28405