Why the School Boards Called in the FBI

“In an official memo, Attorney General Merrick Garland has pledged to mobilize the FBI against parents protesting critical race theory in public schools, citing unspecified ‘threats of violence’ against school officials. This is another overreach by the Biden Administration in restricting your freedoms to speak out. No, it does not have to be hostile or threatening, it merely must be a voiced disagreement with a group of individuals that you voted into office. You must bow at their podium and admit they know more about what is good for your children than you do as a parent. And, if you don’t, you could quickly become a “domestic terrorist.”

This is the second post we’ve shared with you in the past few days.  Why would we keep beating this drum?  This is one of the clearest examples of the Biden administration’s move to implement an authoritarian, socialist government.  There is not another politician on the planet, well maybe Putin, that would be so out of touch as to label concerned parents of America as “domestic terrorists.”

Let’s examine how we got to this ridiculous situation and what we can do to stop it.

Why the Draconian actions by the progressive left?  Simple, they are losing this battle and board members are being exposed for exactly what they are, progressive left-wing liberals who believe that America would be a better country if it was a large, authoritarian socialistic government.

Here is what you can do to fight this ridiculous and transparent overreach by the Biden Administration.

FROM WILMINGTON TO WASHINGTON- they will hear our voice.

We want to invite you to attend the next GOP County Meeting.  The meeting will be held on October 28th, starting at 6:30 PM is a meet and greet, the meeting starts at 7:00 PM.  The location is the Spring Hill Baptist Church Reception Hall, 801 N. College Road, Wilmington 28405. 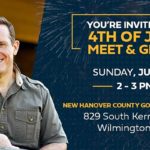 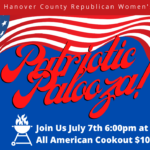 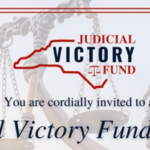