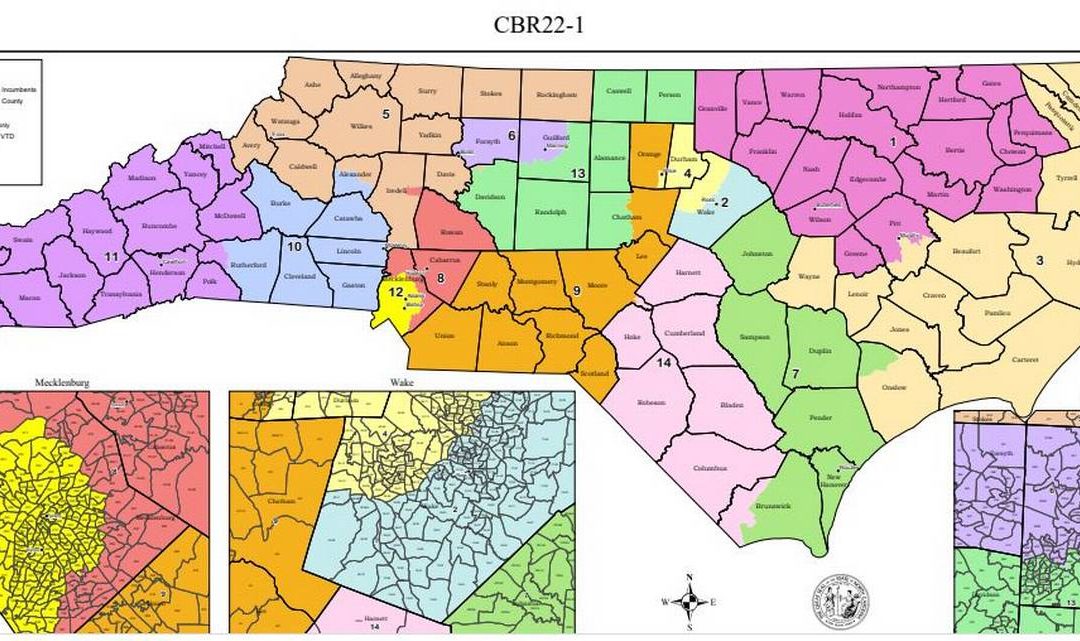 To set the stage, let’s go back to January 2017.  Roy Cooper was in his first month as Governor and Dan Forest was starting his second term as Lieutenant Governor (Lt Gov). Hal Weatherman was serving as Dan Forest’s Chief of Staff.

Recently Mr. Weatherman took a critical look at what is currently happening in North Carolina and the recent decision rendered by the State Supreme Court as it relates to the Democrats’ challenge to State Legislatures’ redistricting initiative.  Mr. Weatherman thought this would be the perfect time to share this eyewitness account – one he and Dan Forest lived back in January 2017

A Case of Accidental Exposure

Gov. Cooper called Lt. Gov. Forest his first week in office and asked a favor. He asked that Forest represent NC in attending a dedication ceremony for the American Revolution Museum in Philadelphia. The organizers of the event had invited the Governors of the original 13 colonies. Forest accepted and went to Philly to represent NC.  Mr. Weatherman accompanied Lt. Gov. Forest.

On the first night of their arrival, all were invited to dinner by former Pennsylvania Governor Ed Rendell, as were the other Governors of the original 13 colonies. At the dinner, Mr. Weatherman was seated next to Governor Rendell and Lt. Gov. Forest next to Governor Terry McAuliffe of Virginia.

Reminder: Both Rendell and McAuliffe, in addition to being Governors, were both former National Chairman of the Democratic National Committee (DNC) and Terry McAuliffe was a close confidant of the Clinton family.

It quickly became apparent that no one attending the dinner knew that Forest and Weatherman were Republicans.

This is the point where your blood pressure will start to climb.

1.      Terry McAuliffe interrupted the private conversations and said “hey guys, since we are all here, let’s talk some business” He then proceeded to share how he was working with Obama, Bill Clinton, and George Soros to fully fund an entity that was going to go into Republican states and sue the general assemblies of all the Republican led states on redistricting.

2.      He said Eric Holder was going to run it.  This was January of 2017 and McAuliffe was laying out a plan, not based on any maps that had been drawn or anything concrete.

3.      He openly talked about how they were going to judge shop to friendly liberal judges and will win some and lose some, but regardless they would win a public relations victory at worst as when they are finished, at least they would label Republicans as racist bigots.

4.      Everyone at the table was interested and supportive.  Forest and Weatherman looked at each other and kicked each other under the table.  Forest whispered under his breath “they don’t know we are Republican”.

At that moment, Terry’s face lost all blood.  The whole room got quiet.  Terry said: “Hey guys, umm Dan here is a Republican.”  The room stayed quiet for a few awkward seconds. At that, Forest stood and said, “Gentleman have a good night, and both walked out the door.”

That’s what this is all about. From day one, the lawsuits were aimed at dividing us as a people, black from white and Republican vs. Democrat.  Divide and conquer, sue just because they could, not because it was merited.  The lawsuits were planned nearly 4 years prior to the first map drawn.

This is exactly what is occurring in many states across America today.  We are certainly witnessing it here in NC. Their policy is one that is win at all costs, no matter how unfair, and who it might hurt.

Most Americans have reached a point that we will no longer be dictated to by a minority group of elitist left wing progressive socialist who think they know more about controlling our lives than we do ourselves.

While there is little we can do immediately to stop this unprecedented madness, here are a few steps we can take to ensure this craziness is eradicated in tomorrow’s North Carolina:

Feel free to contact us at the New Hanover County GOP Headquarters if you’d like to learn more.