Every American City Is Now a Border City 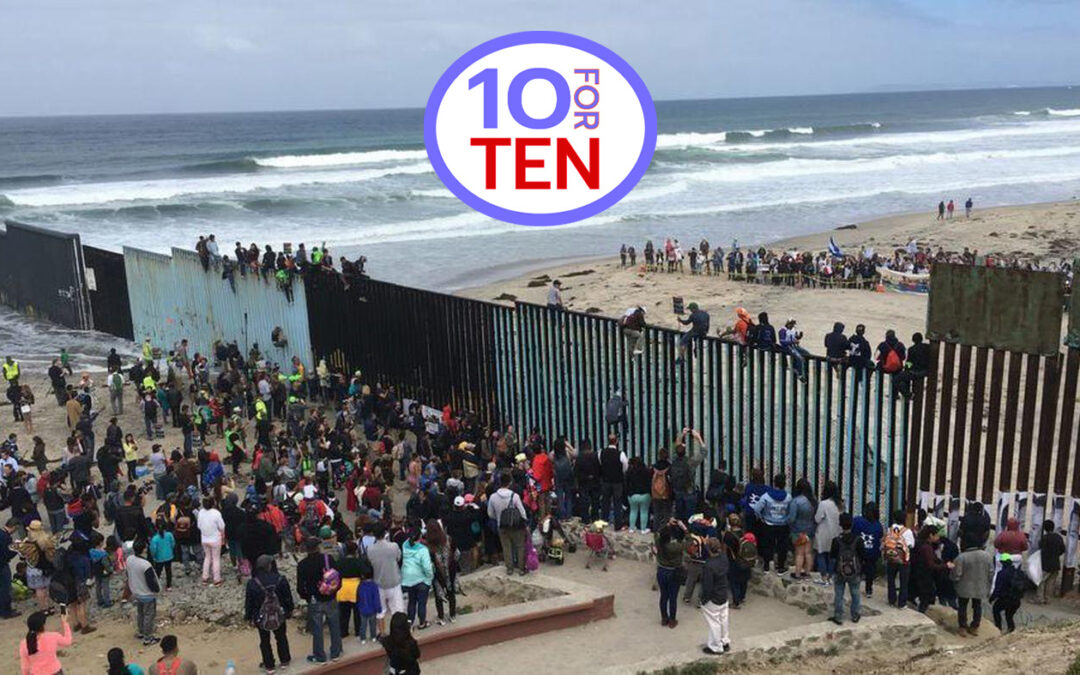 With food and gas prices at historically elevated levels, it is difficult to focus on the other critical issues that are the “root causes” of America’s downward spiral. There is so much to be significantly concerned, but while families are experiencing difficulty putting food on the table for their families and purchasing just enough gas to get to and from work each week, it becomes truly overwhelming. Who has time to think about all of the liberal left injected crises that now has 88% of our population admitting that America is headed in the WRONG DIRECTION? One thing is for sure. The Biden Administration and our liberal led states have given us a much to worry about. The list of chaotic issues could fill ten to fifteen pages.

The list could go on and on, but we will save for another day. Until inflation became the primary concern of most Americans, education and enforcement being nonexistent at our southern border were the top two concerns of most Americans.

The White House when recently questioned about the 2.5 million migrants that have illegally crossed into America during the Biden Administration, their response has been “the border is closed”. This response, like so many others, assumes that most Americans are dumber than a bag of hammers. Don’t they know about Fox News and the new invention called video?

To insult America’s intelligence level even further, on July 6th Jean-Pierre responding to the question “if the Biden administration had any plans for a legal response to Gov. Abbott’s executive order authorizing state law enforcement officials and the Texas National Guard to apprehend illegal immigrants and return them to the border?” She responded, “immigration enforcement is a federal authority, and states should not be meddling in it.” She added, “Texas Gov. Abbott, has a history of causing chaos and confusion at the border.”

From Wilmington, NC to El Paso, TX is 1834.9 miles and McAllen, TX is 1,552.3 miles. Over a twenty-hour drive from Wilmington to either Texas border crossing location.  So, the question is, why should you be concerned here in little old New Hanover County?

The failure of border security and enforcement by the Biden Administration has created severe problems here in our own back yard. Every city in America is now experiencing the same problems as those located along our Southern border.

The most memorable line from the movie “A Field of Dreams” is “build it and they will come.” The current Administration has taken a different approach, tear it down and roll out the red carpet and they will come. The current Administration’s border policy or lack thereof has created so many heart breaking, sad situations, which are an embarrassment to our Country and one that has resulted in millions to bow their heads and pray this will end soon. In addition to the thousands of Americans dying from fentanyl, a visit to the Border by several U.S. Senators reveals more disturbing facts you might not be aware.

“This administration continues to encourage these dangerous journeys with their catch-and-release, open-door border policy”. I am certain that most of you will agree. By joining our team, you can help us end the Southern Border Crisis and the several other things that keep us up at night worrying. We need you to assist us in winning the 2022 midterm and the 2024 general elections.

There’s no time to waste. Join 10 for Ten today. If we can meet any or all of the objectives mentioned above, your child will reap the kind of rewards that will last a lifetime.  Your commitment goes a long way to making this possible.

Contact the NHC Republican offices should you have any questions. Use our simple contact form or call us at 910-399-7274. Together, we can ensure a brighter future for our children.