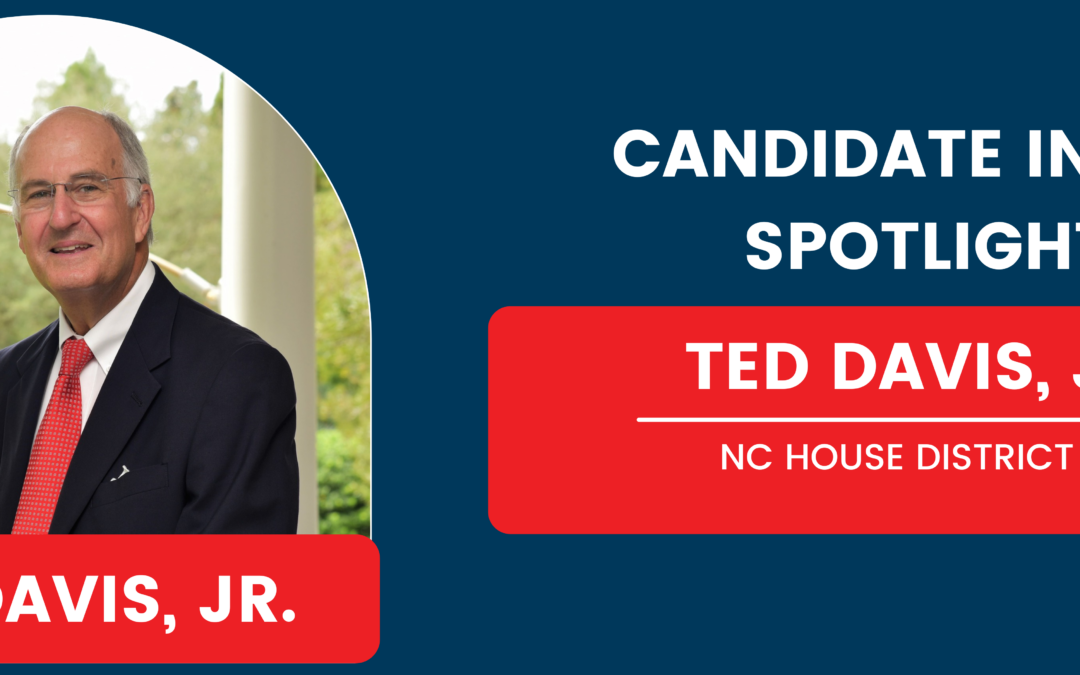 Rep. Davis brings a wealth of knowledge and an unprecedented level of experience to the NC House.  He is a graduate of New Hanover High School, received a BA degree in Political Science at the University of North Carolina at Chapel Hill, and received a JD degree from Wake Forest University Law School.

Ted was elected to the New Hanover County Board of Commissioners in 1996; was re-elected in 2000, 2004, and 2008; and served as Chairman of the Board in 2000, 2001, 2002, 2008, and 2011. Also active in the community, Ted has served on the Cape Fear Community College Board of Trustees, UNCW Seahawk Club Board of Directors, Wilmington Regional Film Commission, Airlie Gardens Foundation Board of Directors, Azalea Festival Committee Chairman, and Rotary Club.

Ted has an amazing record of accomplishments and has been extremely initiative taking in supporting legislation that has positively impacted those residing in his Legislative District, New Hanover County, and the State of NC. To share with you all of the astoundingly impactful accomplishment Rep. Davis has achieved would result in a book, and not this short article. Some examples are:

The list of Ted Davis accomplishments positively impacting you are truly noteworthy. While he already has achieved much as you representative his work is not done.

We request that you do two especially important things. Make sure you are registered to vote and let your voice be heard by voting in the upcoming 2022 mid-term election. Remember, early voting begins October 20, 2022. It is critically important that you help achieve a Republican super majority in both the House and the Senate in order to override Governor Cooper’s record setting number of vetoes of good conservative legislation. Voting for Ted will help achieve this objective.