Biden Ignores the Situation in Afghanistan 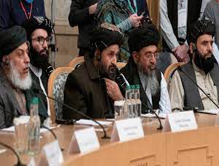 The atrocious mistakes made in ending the war in Afghanistan, the severe lack of judgment, and non-existent leadership of President Biden which in turn caused the unnecessary deaths of 13 brave and dedicated U.S. Service Members have all been well documented. What is perhaps even more baffling is the continued absence of logical judgment and leadership that a reasonable citizen would expect from any President when dealing with a situation of this magnitude. Biden has gone completely silent on the topic of Afghanistan and the stranded American citizens.

In stunned confusion, America watched to see what actions Biden would take to save the hundreds of Americans and thousands of Afghan citizens who supported our military as they were left behind in this terrorist-controlled country. We quickly learned that the Biden Administration wanted to put this incident in the rearview mirror as rapidly as possible. As a result, we witnessed Biden give speeches about the destruction caused by Hurricane Ida, promotions of his ridiculous $3.5 trillion Build Back Better initiative, continued criticism of Governors DeSantis and Abbott, and finally his Thursday evening dictatorial speech. In this speech, he demanded that all businesses with greater than 100 employees require vaccinations or face a severe penalty. During a recent news conference, a reporter asked a question related to Afghanistan to which Biden paused for a brief second, looked down at a notecard and responded, “the note says don’t answer questions and walk off”. And that is exactly what he did. Many of his comments and lack of action even had some of the more devout Democrats scratching their heads in total disbelief.

Let’s take a look at what we have learned during the past few days following this catastrophic event.

We are conservatives.  We are not conspiracy theorists. We present factual information and welcome healthy debate and open dialog concerning the articles presented to you. We invite you to consider the following facts:

Mao Zedong is credited with leading the Chinese Cultural Revolution when it began in 1966. From a historical perspective,1966 is not that long ago, and there are numerous people alive today that survived this revolution. One such survivor defined the revolution in these terms, “It is a Marxist Socialistic tactic. So what they do is to create chaos. As Mao said, ‘When the worst chaos emerges, that is when the greatest control can be achieved.’ They want to create chaos, divisiveness and dependence on current government so that they [can] overthrow existing systems.”

It can be successfully argued that we have all witnessed chaos in the first eight months of this Presidency. Most will agree that the policies and actions implemented by this Administration prove how ill-informed, naïve, reckless and simply ignorant they are.  We could name many instances to prove this point, however, we will limit ourselves to five examples:

With these five examples, it leaves little question that the Biden Administration has created “chaos” in its policies and decision-making. We can also make the strong argument that our Country has never been more divided than it is today.

Here is a question for you.

Given everything you have witnessed over the past eight months, do you believe the current Administration is so ridiculously inept and unaware of the fact that their approval ratings have tanked, thereby greatly diminishing their chance of success in the 2022 and 2024 elections? Or, do you think this is part of a complex plan to move toward a more progressive socialist government, with a packed Supreme Court and federalized election laws that will ensure their hold on government for the unforeseeable future?

Regardless of how you answered this question, “incompetent” or “cunning”, this craziness must be stopped to preserve our great Nation. We must not be divided. We must stand strong. We must be vocal. We must resolve to do whatever is necessary to restore American values and make America First Again. This will be a long, uphill battle, and at times it will feel like we are fighting a losing cause.  Have faith in your fellow Americans and help us shine the light on the truth. We Will Win!!!!

Here is how you can join the fight in New Hanover County:

You are invited to attend the next GOP County Meeting which will be held September 23, 2021 starting at 6:30, at the Spring View Baptist Church located at 801 N. College Road.

It is requested that you bring non-perishable food items to the meeting.  If we all pitch in, we can feed many hungry children. Our Thanks.

We want to thank you all and welcome you to join us in this extremely important fight. Thousands of voices are much louder than a few.